GIVING DESERVING ATHLETES AND FAMILIES THE HELP THEY NEED DURING THEIR MOST DIFFICULT TIMES.

Cody was just 15 when he was diagnosed with leukemia in December of 2008. He fought a tough battle and won after a stem cell transplant in 2009. He suffered through radiation and chemotherapy and years of complications. He never stopped smiling and did not let his cancer stop him. He finished high school and completed two years of college before he was diagnosed with a rare and aggressive cancer, Ewing’s Sarcoma, in June 2013. It had metastasized throughout his body. Once again, he endured 31 cycles of radiation and numerous rounds of harsh chemotherapy. He was fighting for his life and doing well, until his relapse in September 2014. Cancer took over his right lung and had formed a brain tumor. Cody spent his last few weeks at home with his family, friends, and his dogs. He never gave up. He passed on December 18, 2014 at the Hospice Inn surrounded by his family and friends. He is missed by all who knew him. 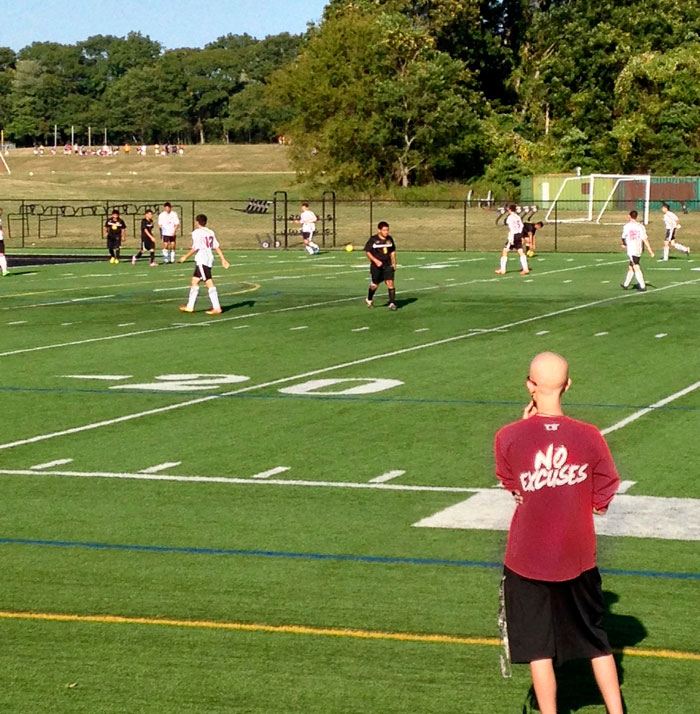 HOW WE GOT STARTED

Cody Louis Byrnes was a true inspiration to all that knew him. His first love was soccer and he dreamed of being a professional soccer coach. The mission for this memorial foundation is to award scholarships to deserving athletes to help families that need support during a difficult time.

We support Long Island Athletes,and aim to keep them ON the field!

Founded on June 18, 2015, the Cody L. Byrnes Memorial Foundation aims to help Long Island soccer players in need. As Cody was a huge supporter of these athletes, we strive to keep players on the field in his memory.
Aside from contributions from our generous donors, we host events throughout the year including basket auctions, raffles, and more. There are many opportunities to donate to or sponsor the Cody L Byrnes Memorial Foundation.